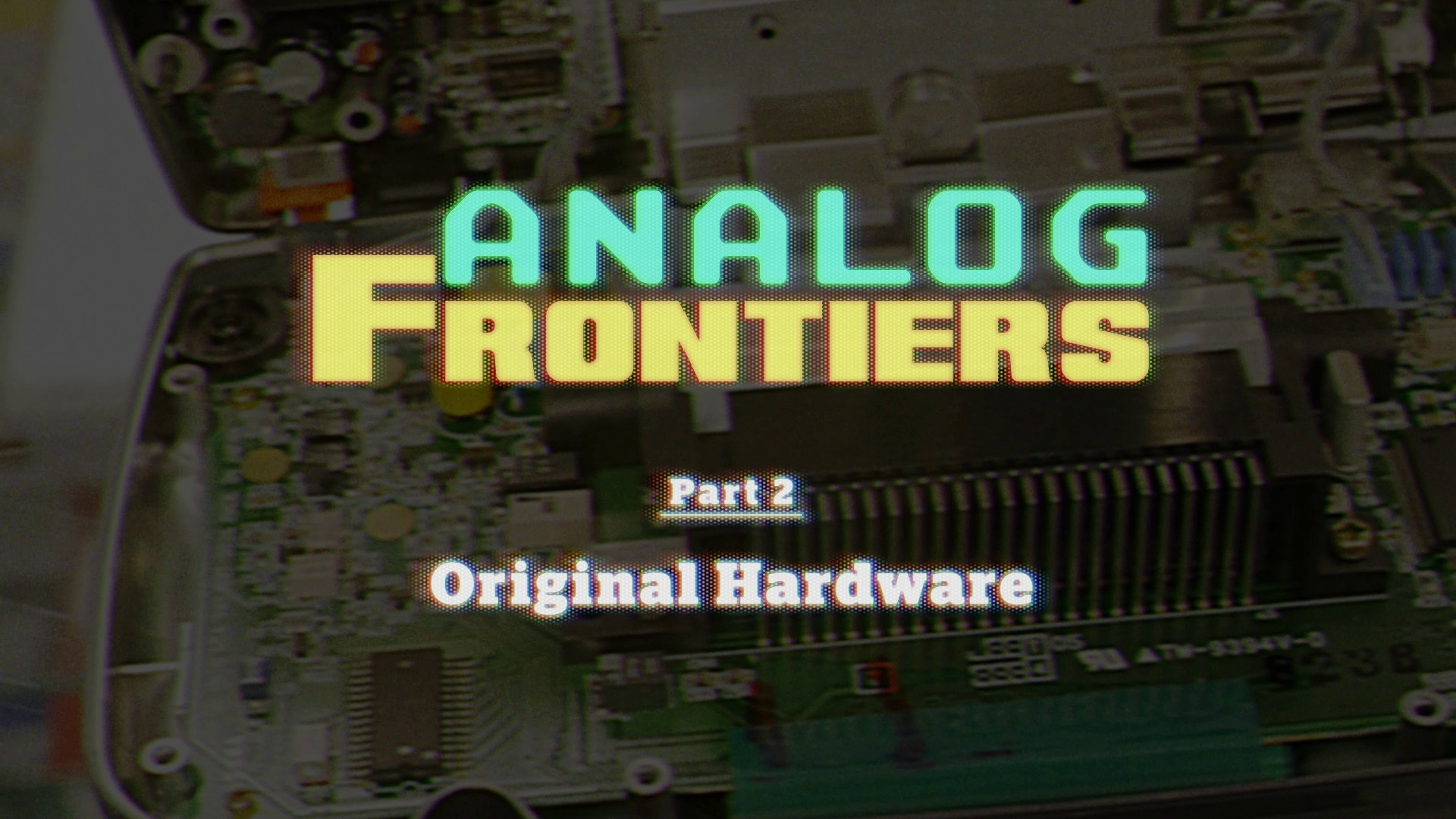 Hey everyone, Try from My Life in Gaming here. Part 2 of Analog Frontiers is finally here! Part 1 released in mid-February, so I apologise for having such a long gap between episodes. I crunched for 3 weeks to get this finished, and my intent is to work much more diligently on the remaining three parts so that this doesn’t have to happen again!

While Part 1 was an overview of the “World of Vintage Gaming,” Part 2 focuses on the original hardware side of that, with the main topics surrounding how long the hardware might function, what kind of maintenance might be needed, and how original hardware been upgraded and modified to keep it relevant in the modem world. Newcomers in this episode are Dan Kunz (citrus3000psi), Zach Henson (Voultar), and Artemio Urbina. Returning from Part 1 are Bob Neal (Retro RGB), Brian Parker (retroUSB), Jason Rauch (Game-Tech), and Jose Cruz.

Voultar was the first interview we shot for the entire series… back in April 2018! I’ve felt bad that it’s taken this long to pull this series together into a finished product, but then again, the long wait allowed something very special to happen – we interviewed Artemio in November 2019 when he was in the US! It’s now hard to imagine this without him. He is every bit the exemplary human being that you imagine him to be, and it is a huge honor to have his presence and expertise in Analog Frontiers.

One extra behind-the-scenes note: you might notice Steve Nutter (Retro Tech) appear several times in some CRT repair B-roll. Huge thanks to him and Matt Lisi of Insurrection Industries for arranging time in February for me to shoot footage of Steve recapping and recalibrating Matt’s M2MDU. I wish we’d had the time to allow Steve to play a bigger role, but I’m just happy to have had the opportunity to shoot him working his CRT magic.

Look forward to Part 3 later in the summer, which will be all about preservation beyond the original hardware.