Eldin PIxels, the team behind the NES-style game ‘Alwa’s Awakening’ has just completed porting the game to run on original NES hardware!  Pre-orders will be open from now until October 17th and there will be two versions:  A collectors edition released with a functional NES cartridge manufactured by RetroBit, as well as a digital-only release that contains the ROM on a flash drive:

In order to allow this game to run on an NES, programmer Brad Smith (who also created the NES game Lizard) had to shrink the game from 280MB to 512KB!  Brad seemed to accomplish this without sacrificing any of the main gameplay elements and they even retained savegame ability like the original.  I’m sure the “demake” will result in typical NES sprite flicker and potential slowdown, but overall it looks like a win!  Here’s a list of changes from the original to NES version:

It’s so cool to see retro-inspired games be back-ported and the team has even added a few new areas that weren’t available on the original 2017 release!  Also, RetroBit seems to go out of their way to make quality cartridge releases, featuring properly-beveled edges and running at the correct voltage.  Overall, if you’re a fan of this game, it seems to be a huge win overall:  You can play the original on modern consoles, play the rom on classic consoles, or pick up the collectors edition to have a physical copy! 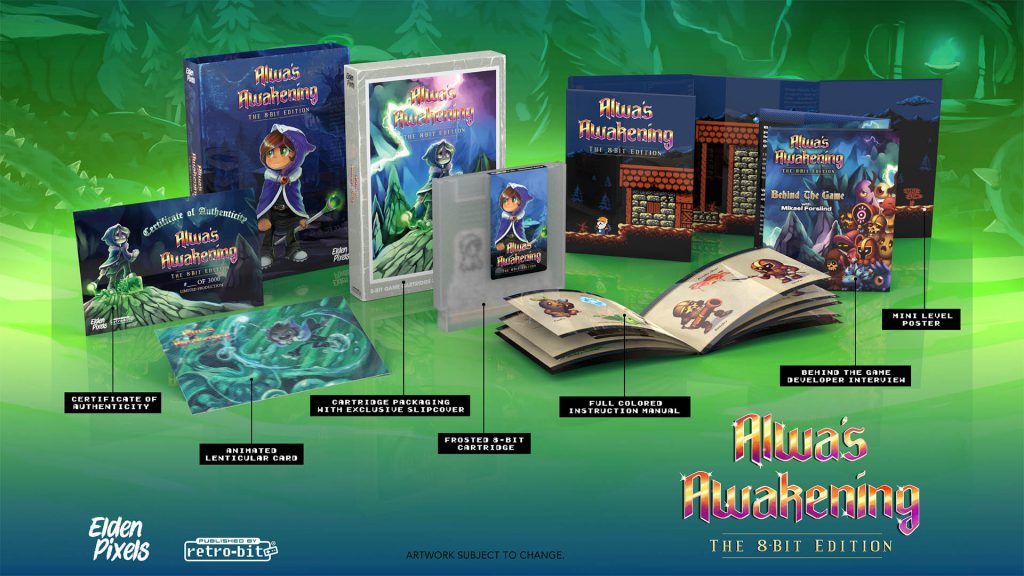